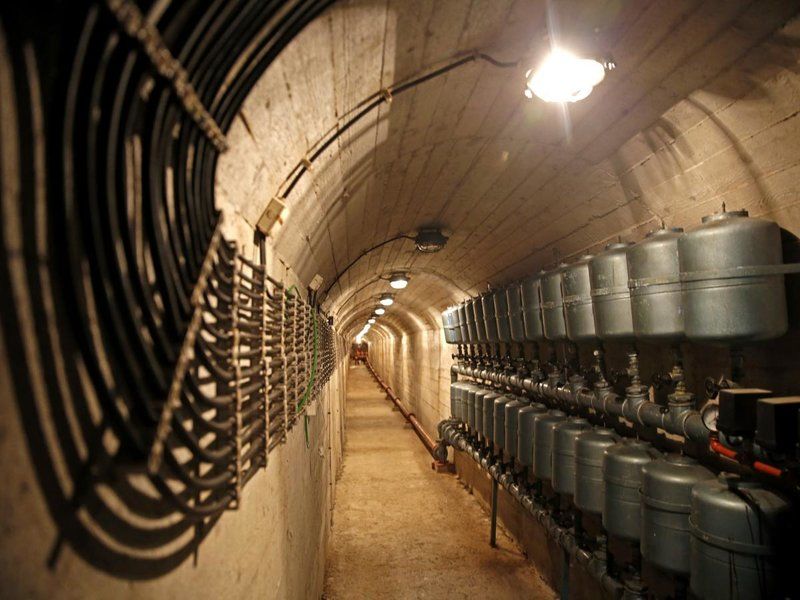 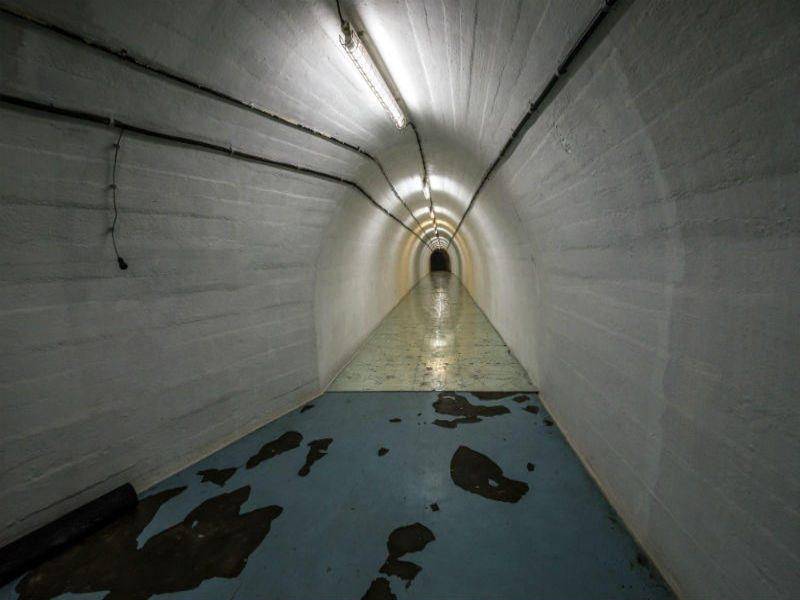 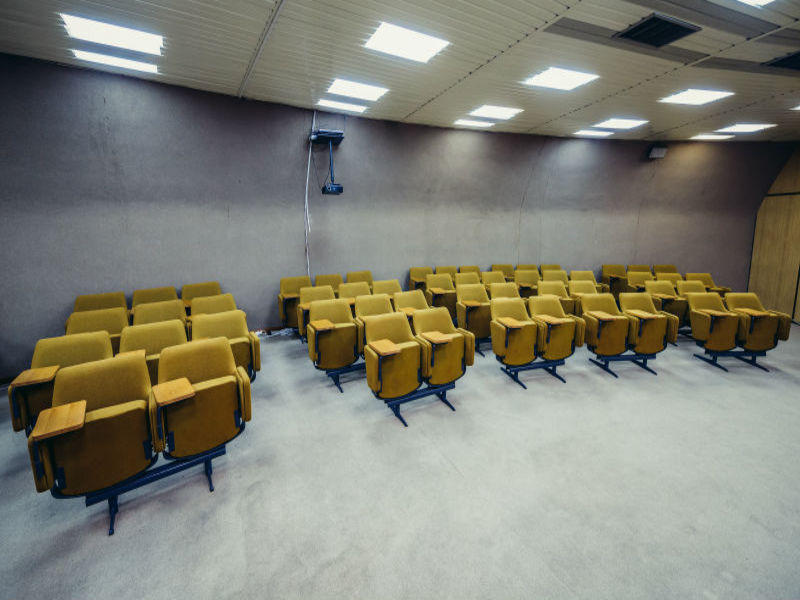 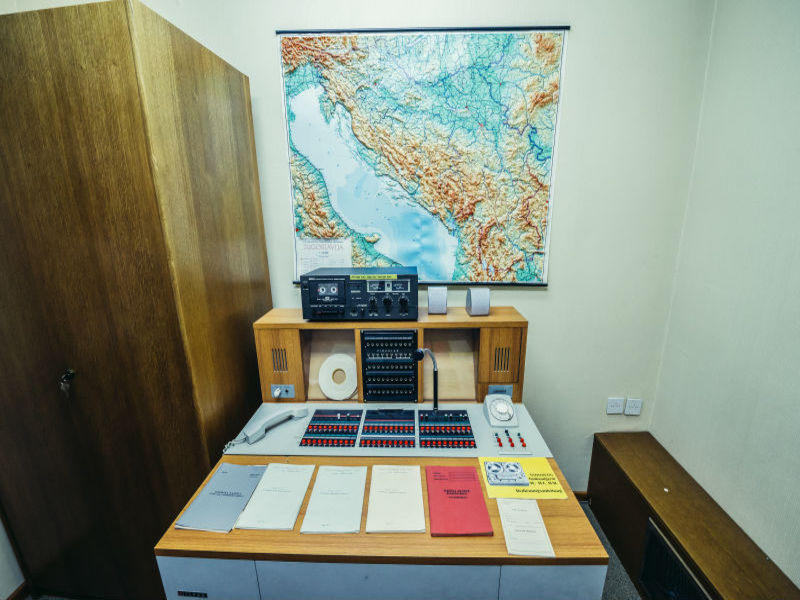 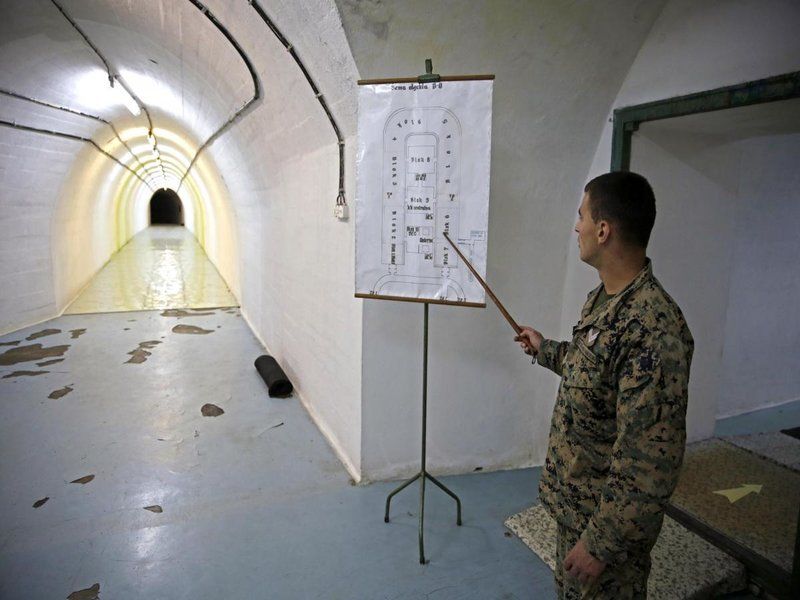 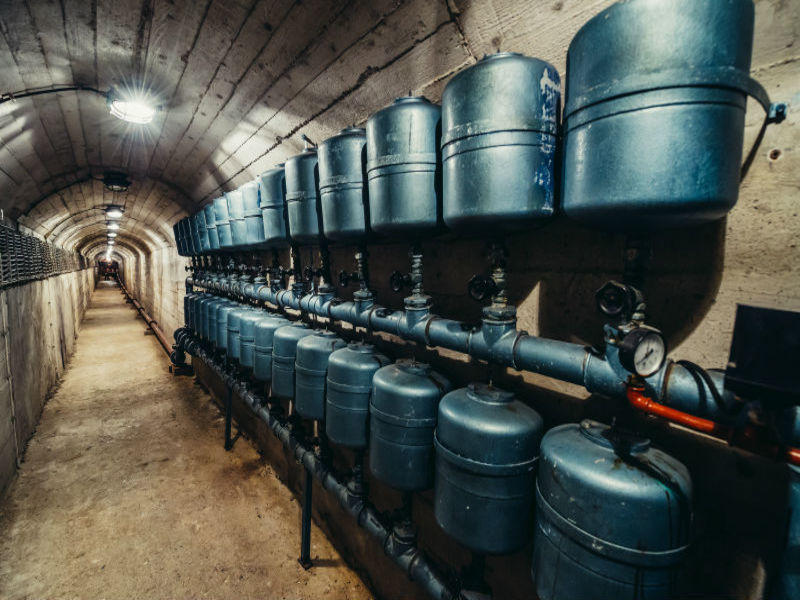 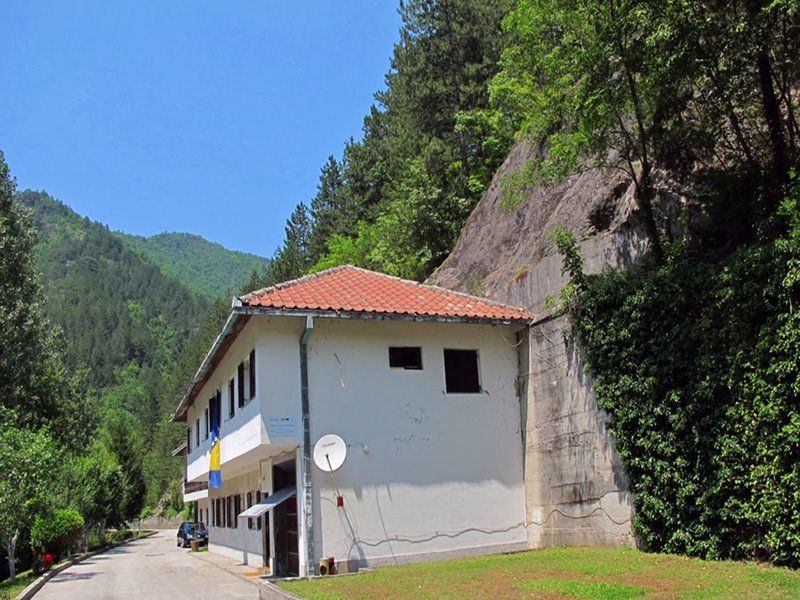 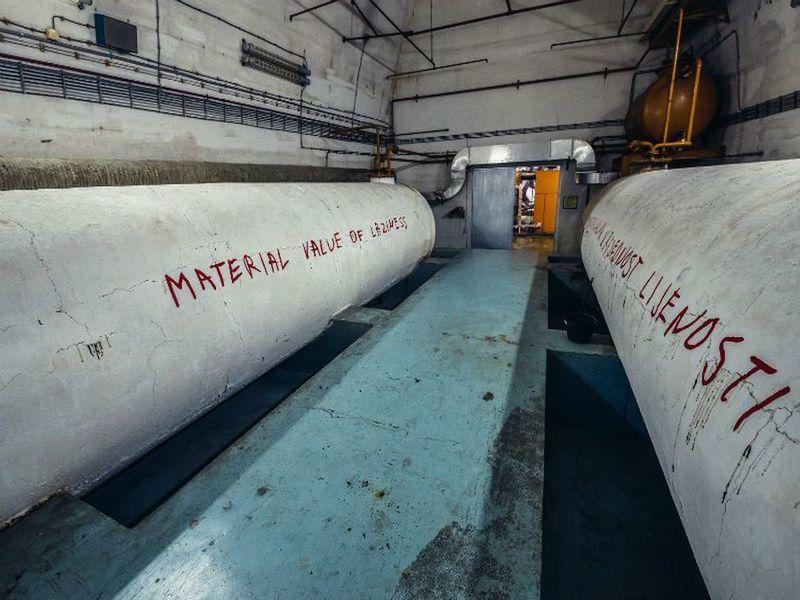 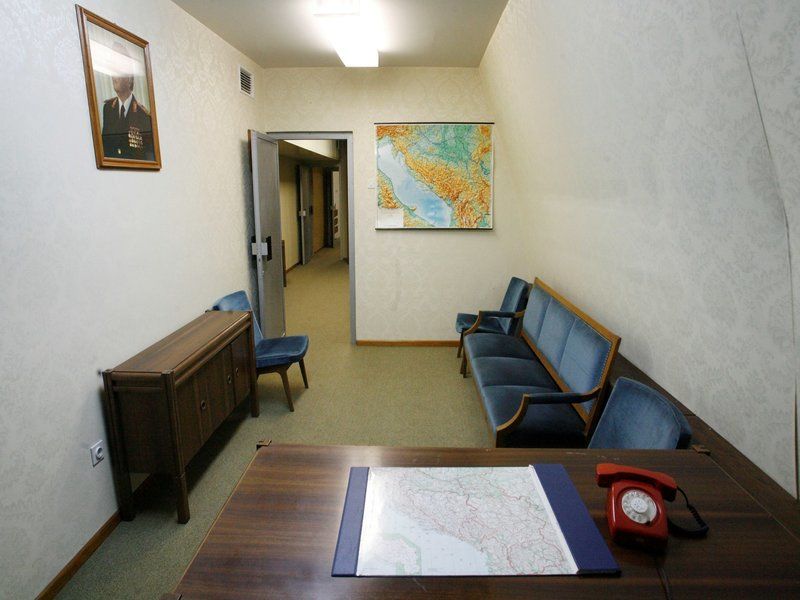 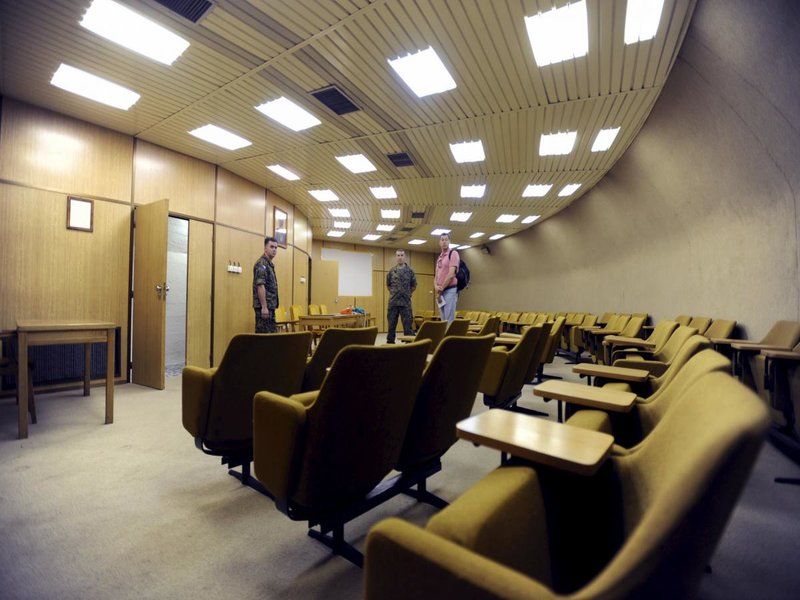 Tito’s Nuclear Bunker, located under the mountain Zlatar near city of Konjic, was a top military secret until the ’90s. Built in secrecy from 1953 up to 1979, his purpose was to provide a safe shelter for former president of Yugoslavia Josip Broz Tito and 350 of his closest associates, in case of nuclear war. It was called ARK D0, and the only persons knew about it were four commanders in chief and thoroughly selected construction workers, who had to sign Confidentiality Agreement. Building it have costed around 4,5 billion $. It was the third largest investment ever in all of Yugoslavia. It could withstand nuclear strike 3 times more powerful than one in Hiroshima. This strategic object has 6.500 square meters and it is settled on 300 meters under the surface. Impressive, right? Imagine then how was it like to build it in secrecy!

If you looked from the outside, you couldn’t notice anything unusual. Just three regular houses next to each other, surrounded with nature. Nothing would gave away that those houses kept the largest military object in secrecy for almost 50 years. The bunker was the third most important military object in Yugoslavia. Other two were underground airport and air base Željava near city of Bihać and military harbor Lora in Split, Croatia. Building these three military objects have costed Yugoslavia over 18 billion $ !

Inside of a bunker

The bunker reminds on labyrinth with more than one hundred rooms and 1.5 meters thick walls. It consists of various conference halls, residential space, numerous offices and “presidential block”. All rooms are well preserved with fully maintained inventory which can be really interesting for everyone visiting it. So, in this object you can see how would president of Yugoslavia and one of the most powerful man of that time would live in case of nuclear war. Besides being a safe place to survive nuclear war, this center was supposed to be a center of military operations.

This object was designed to provide uninterrupted life for 350 people for six months. To demonstrate it to you, it is enough to mention that the bunker also had its own hospital with an operating room. But, it also had a big swimming pool, so besides the fact that you would be on safe, you could enjoy your time spent there! Bunker also had a cable TV, in time when no other city in Yugoslavia had one! The living conditions were ideal, with temperature adjusted to 21-23 °C and air humidity to 60-70 %. Pretty impressive again, right?

Even though the owner of this bunker is Ministry of Defense, it is firstly tourist attraction. Also, it is a host of artistic camp for artists from all over the world. In bunker you can find 50 works of modern art that have become the permanent setting of this facility.

So you should definitely look on it from a positive side. If you decide to visit this nuclear bunker in time of nuclear war, you will (probably) survive it. At least for a six months 🙂

This site uses Akismet to reduce spam. Learn how your comment data is processed.

Why Book With Us? 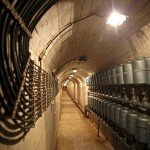 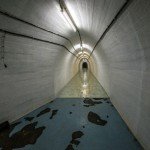 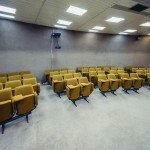 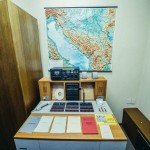 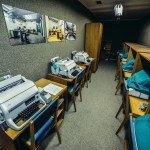 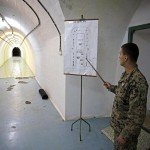 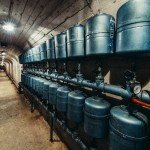 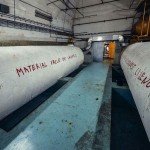 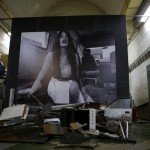 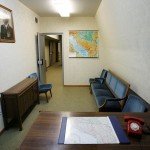 Do not hesitate to give us a call. We are an expert team and we are happy to talk to you.

beth Summay
19:17 25 Nov 20
Because of the pandemic, we were only able to visit one winery, but it was a wonderful experience! Our driver, Jasmin, was great! The agency went above and beyond to offer replacement experiences for us because of the COVID closures. We highly recommend!! It was a great experience!
See All Reviews

Best Accommodation in Herzegovina Explore some of the finest places to stay, from studio apartments, apartments, holiday homes to luxury villas.

This website uses cookies to improve your experience while you navigate through the website. Out of these, the cookies that are categorized as necessary are stored on your browser as they are essential for the working of basic functionalities of the website. We also use third-party cookies that help us analyze and understand how you use this website. These cookies will be stored in your browser only with your consent. You also have the option to opt-out of these cookies. But opting out of some of these cookies may affect your browsing experience.
Necessary Always Enabled
Necessary cookies are absolutely essential for the website to function properly. This category only includes cookies that ensures basic functionalities and security features of the website. These cookies do not store any personal information.
Non-necessary
Any cookies that may not be particularly necessary for the website to function and is used specifically to collect user personal data via analytics, ads, other embedded contents are termed as non-necessary cookies. It is mandatory to procure user consent prior to running these cookies on your website.
SAVE & ACCEPT

Enjoyng this? Please spread the word :)